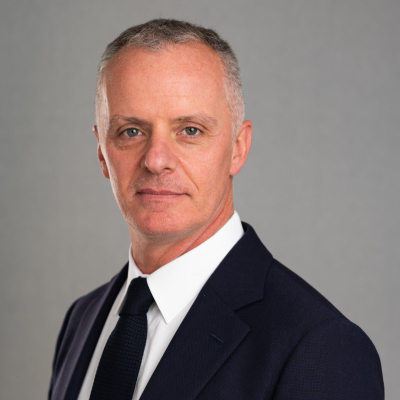 Amarin Pharmaceuticals Ireland Limited plans to drive forward the next phase of its commercial expansion with the major new appointment of Scott Curley to its UK and Ireland team as General Manager. This latest appointment comes off the back of receiving a positive recommendation from NICE for VAZKEPA®(icosapent ethyl), which has given Amarin the green light to pursue significant commercial expansion.

In his new role leading Amarin’s UK and Ireland operations, Scott will initially focus on developing and growing Amarin’s organisational infrastructure to ensure the successful launch of VAZKEPA. Scott is an enterprise leader with over two decades of industry experience and a proven track record of accelerating market entry and leading teams to deliver significant sales revenues in the UK and in the Asia Pacific. During his career, Scott has experienced almost every local and global sales and marketing commercial role. He’s also played a significant part in some of the industry’s most successful product launches and has extensive expertise in several disease areas, including oncology, neurology, and cardiology.

Scott joins the Amarin team from global pharmaceutical giant AstraZeneca, where he rose through the ranks to hold several senior leadership roles, including General Manager of Hong Kong and Macau, Member of the Board of Directors for the Hong Kong Association of the Pharmaceutical Industry, Head of Global and US Commercial Excellence, Global Head of Commercial Operations for the Respiratory franchise and Global Medicines Lead for Integrated Patient Solution. Prior to this, Scott held a variety of local and global roles at GlaxoSmithKline and SmithKlineBeecham. Scott brings a wealth of commercial experience and expertise as well as an in-depth knowledge of the UK market, which will enable him to hit the ground running in his new role.

Commenting on his recent appointment, Scott said, “I’m really excited to join Amarin, it’s a company that immediately feels different from traditional big pharma. My new role offers a unique opportunity to build a new UK and Ireland affiliate from the ground up. It’s also rare to come to market in the CVD space immediately backed by a landmark study with NICE approval.  With this, we have the potential to have a positive and lasting impact on thousands of UK and Irish patients.”

He added “Doing all we can for patients with CVD will be our moral compass and the driving force behind our future success. For me, Amarin’s CVD mission is personal as well as professional. Having lost three of my grandparents to CVD and having experienced first-hand the devastating impact it had on them and my family. I am determined to improve the lives of as many CVD patients across the UK and Ireland as we can.”

Medios AG: Acquisition of Blisterzentrum Baden-Württemberg GmbH and expansions in the area of sterile manufacturing